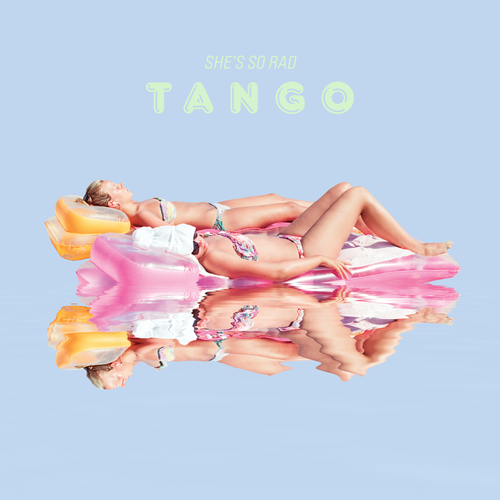 Having caused a general swell of attention through the release of "Cool It" and more recently "Kick Out Of Life", Auckland shoegaze/dream pop outfit She's So Rad release their sophomore effort, TANGO, through From The Crate Records and MUZAI Records throughout the month of May on CD, vinyl (NZ only) and digitally.

The follow up to the Taite Music Award nominated album In Circles, TANGO in Jeremy Toy and Anji Sami's take on the shoegaze archtype with the most up to date production tools available. Almost as if the original C60 cassette tapes has been remastered to today's lossless audio loving public - striking a balance between tradition and modernization.

Produced by Toy, his equal love of Hip Hop and Shoegaze provided the band with a key element in many respects to the final sound TANGO boasts; crafting a big, dynamic sound on the album yet still keeping true to the many lo-fi aspects that earned the band attention from the likes of Steve Lamacq (BBC Radio 6), The 405, This Is Fake DIY and playlisted on Amazing Radio (UK)

Whether it be the euphoric, affirming single "Kick Out Of Life", with it's nod to the likes of both Cocteau Twins and the new wave movement, or combining the cacophony of My Bloody Valentine feedback-and-response to hip hop, TANGO may seem like it darts from concept to concept, traversing musical eras, but fundamentally the album wears it's fuzzy heart on it's sleeve.

When it hits it's stride in it's early stages, TANGO is an emotive piece of work from an incredibly gifted community of players.

"... a shimmering, pulsating, dreamy 10 track collection which grows out of easy grooves on some tracks and driving tension on others. A treat for your ears." - NZ Herald